KTU Qualifies for the Title of Research University

KTU has been included in the research universities of Turkey by CoHE.

The Research Universities Meeting was held in Ankara on 13 December 2021, in which the decisions within the scope of the "Research-Oriented Mission Differentiation Program" carried out by the Council of Higher Education (CoHE) were announced. The meeting was hosted by the President of CoHE Prof. Dr. Erol ÖZVAR.

Attended by Mustafa VARANK, the Minister of Industry and Technology, Prof. Dr. Hasan MANDAL, the President of TÜBİTAK, Prof. Dr. Muzaffer ELMAS, the President of YÖKAK, our Rector Prof. Dr. Hamdullah ÇUVALCI, Members of CoHE, other university rectors and guests, the meeting aimed to make some of the universities in Turkey research-oriented. Prof. Dr. Erol ÖZVAR highlighted “the importance of distinguished Research Universities, which lie at the center of the global information society required by the 21st century, have big responsibilities for education after post-secondary education worldwide, play multiple academic and social roles, generate much of the new knowledge and analysis that leads to significant advances in technology and contributes significantly to society through the social and human sciences, usually attract the most successful and brightest students of the countries, employ the most qualified academics, and most importantly, produce the majority of research outputs.” Özvar congratulated the universities recognized as Research Universities as a result of the evaluations made for the Research-Oriented Mission Differentiation Program and presented their documents to the rectors, who are the representatives of the universities invited to the meeting.

Rector Prof. Dr. Hamdullah ÇUVALCI was presented the program certificate by Mustafa VARANK, the Minister of Industry and Technology and Prof. Dr. Erol ÖZVAR on behalf of our university. Highlighting the efforts of the staff, Çuvalcı said the following:  "I would like to thank our academic and administrative staff who contributed to the achievement of this strategic goal of our university. 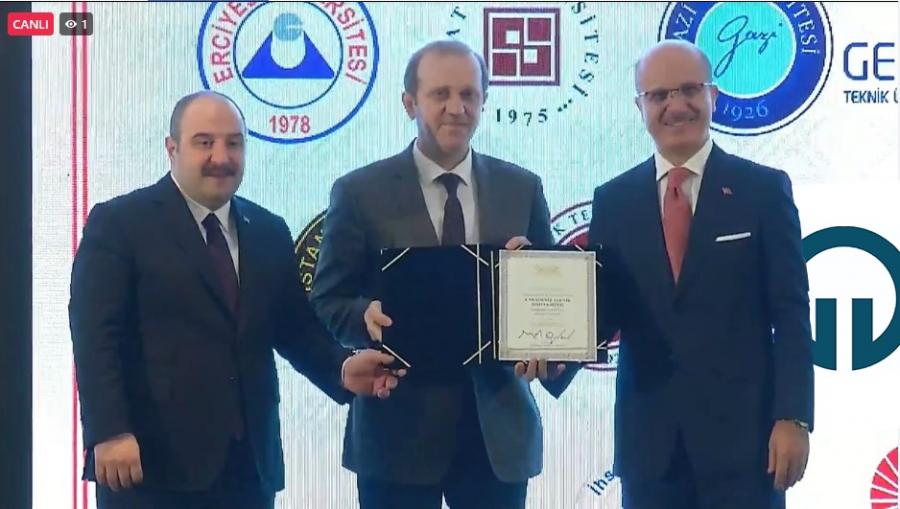 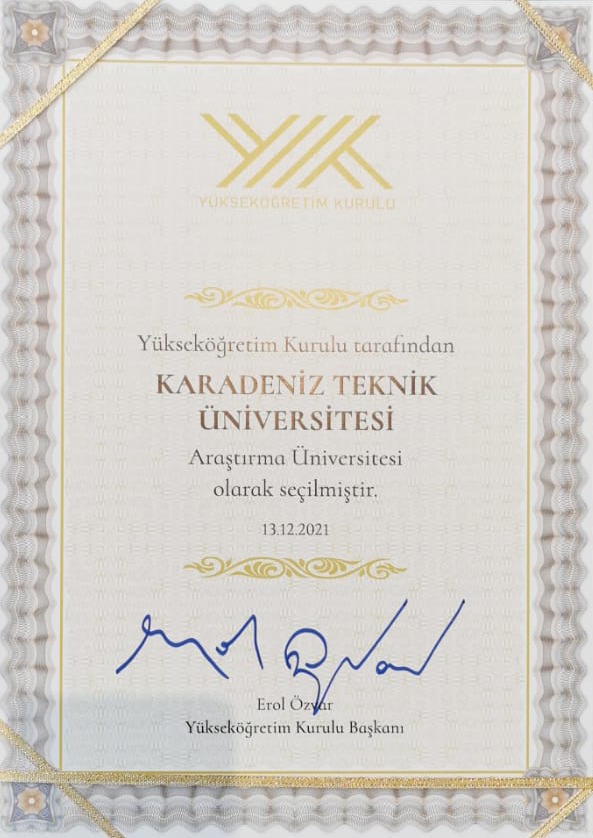 KTU Qualifies for the Title of Research University

Surmene Faculty of Marine Sciences has successfully passed the ISO 9001:2015 audit by RINA

The 4th Politics and International Relations Congress, which was opened along with the speeches of Professor Oliver Richmond of the University of Manchester and Professor Hüseyin Bağcı of METU, has ended.

The Patient With Giant Kidney Mass Regained His Health

KTU participated in the first workshop on "Changing Geopolitics  What pathways for Europes universities?

Handover in the Office of Vice Rector